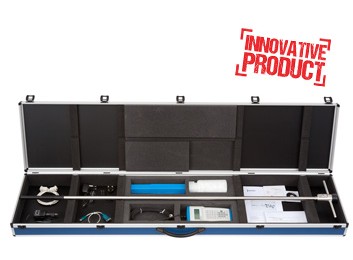 The FTN01 Field Thermal Needle System allows for performing fast, on-site measurements of the thermal resistivity or conductivity of soils, in particular around the typical depth of burial of high voltage cables. It is designed with a focus on robustness and saving time, whilst still offering sufficient accuracy for typical field measurements.

The sensor is a Non-Steady-State Prove (NSSP). TP09, which is mounted at the tip of the Lance LN01. The system is operated using a hand-held control and readout unit CRU01. The measurement method is based on the so-called NSSP technique, which uses a probe in which both a heating wire and a temperature sensor are incorporated. The probe is inserted into the soil and from the response to a heating step, the thermal resistivity of the soil can be calculated. The main application of the FTN is route surveying for high voltage electric power cables and for heated pipelines.

The FTN01 is able to perform measurements without an external power source and the system is sufficiently robust to survive manual insertion into most common soils. The system runs as a stand-alone unit, powered by the batteries in the CRU. Recharging can be done by a 12VDC source or a car battery using the CA01 car adapter, or on 220/110 VAC using the WSA01 wall socket adapter.

Many cables and pipelines are buried at a depth of around 1.5m. The long lance, LN01, 1.5m, serves to avoid the necessity to dig a large access hole. In general a small-diameter hole is drilled to a depth just above the required depth of measurement.

CRU01 automatically processes the measurement data and gives both an end-result and a quality indication of the measurement. CRU01 can archive 30 measurements. In case of review, the end result is preferably checked and recalculated by analysis of the measured data in a spreadsheet (like excel) or a mathematical program.

Verification of the stability of the total system can be done by repeated testing in glycerol. This test can also be performed in the field. 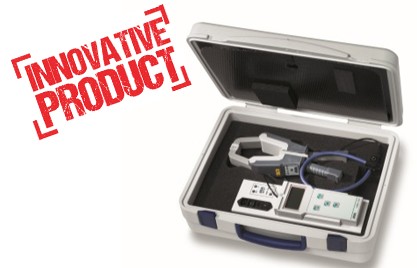 The innovative KSG 100 Cable Identification System is used to identify single or multicore cables from a cable bundle or cable strand. The KSG 100 consists of a transmitter and a receiver with a flexible coupler (Rogowski coil). Both units are conveniently equipped with microcontrollers and can thus communicate with one another.

Encompassing the latest algorithms software, it performs numerous plausability checks, ensuring that the system is not only easy to use, but also offers maximum reliability of the measured results. The transmitter contains a capacitor that is charged and then discharged into the target cable. During this process the test sample must be connected in such a way that current can flow through it.

Back to Latest News