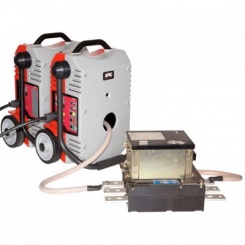 The unit is provided with a handheld, touch screen, control unit which stores results for later download via a USB connector to an external computer onto the reporting software. Reports can then be generated and printed The unit also stores templates for future testing.